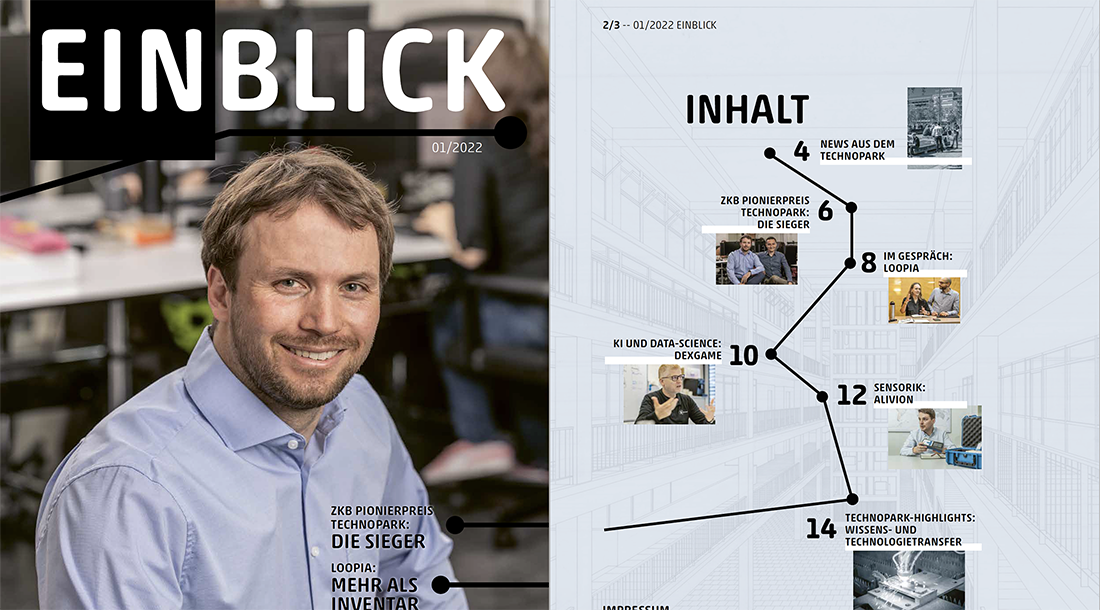 Inventory, metaverse and winning types: The new issue of Einblick is here

On May 10, the first issue of Einblick (Technopark Zurich’s magazine) of 2022 was published. Since the winners of the ZKB Pionierpreis Technopark 2022 were to be announced in it and the magazine was to be distributed at the event itself, it had to be printed in time for the award ceremony on the one hand; on the other hand, however, they mustn’t appear too early so that the winners were not leaked in advance. The magazine was published just in time for the award ceremony of the Pionierpreis.

Other topics in this issue: an interview with Cristina Grossenbacher and Philipp Glauser from Loopia about their app, which is more than just an inventory list, the venture with DEXGame into the gaming metaverse, the electronic nose of Alivion and an insight into how technology transfer works in the Technopark Zürich.

To the digital edition (in German)